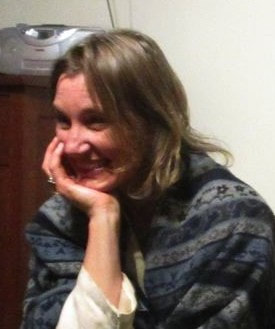 I have been writing poems since the age of nine. My writings were first published in 1990 and sporadically thereafter in a variety of South African journals and anthologies.

I have a Masters Degree in Creative Writing from UCT where I wrote a novel, The Drop Out, which won second prize in the Ernst van Heerden Creative Writing Competition in 2002. I won third prize in the Dalro Awards for a poem published in New Coin during 2010 and I shared first prize for a story I submitted for the Chinese Short Story Project jointly organised by the Confucius Institute and School of Languages at Rhodes University in 2011.

I was sponsored by the National Arts Council in 2005 and 2006 and used the opportunity to produce a short story collection, Preparations for his Future by Marvin Hurt, and a second novel, The Heathens. A few of the stories have been published in collections.

My illustrated verse novel, The Griffin Elegy,  was serialised in New Contrast in 8 parts from 2007 - 2009.

I became a member of the Ecca poets in 2012 and publish poems regularly since then. I have done the cover art of the Ecca publications since that year.

From 2012 till 2018 I co-published 8 books together with Norman Morrissey (author of Strandloop).

I am available as mentor and editor to assist with creative writing in all genres, especially poetry and prose (novels and short stories). I run Creative Writing workshops and poetry 'walkshops' ('Hiku Hikes').
​
In 2019 I completed a major solo collection of 236 poems making a love story, entitled Greater Matter A Journey of Poems to Death and Beyond. This book was published by Poetree Publications in Johannesburg and was launched on 12th October 2019. I sold 75% of the print-run within three months to buyers locally, as well as internationally, ranging from Canada to India. Then, in February 2020, I launched a second solo volume of zen-like poems, most of them in pairs, with nature as a strong theme. Since 2019, I have had several poems published on the Avbob Poetry Website. I have an archive of 48 newsletters and 24 'Nuggets' on literary matters and have been publishing poems, comments and pieces of literary interest on the social media. I create hand-made art pieces in a variety of media, mainly sculptural ceramics and intaglio. Both my art and my writing are major forms of communication for me, allowing me to share my spirit's questions around life and death, and my appreciation for love and nature, with my fellow human beings. In December 2021, I participated in the African Women Writers' Symposium, to give a Poetry Masterclass with Roche Kester, and present my poems with other poets, musicians and dancers. Then, in October 2022, I staged a reading of a poem, to which a dance had been choreographed by a professional dancer. The poem dance was part of an art exhibition. Both these events have marked moments of fulfilment in my poetic career.